In a nutshell I am a weather nut. I was born in The Bronx, NY and grow up between New York City and the northern suburbs. I moved a lot early and ended up in Maryland in 1997. It has become home for me and I can’t imagine living outside this region. 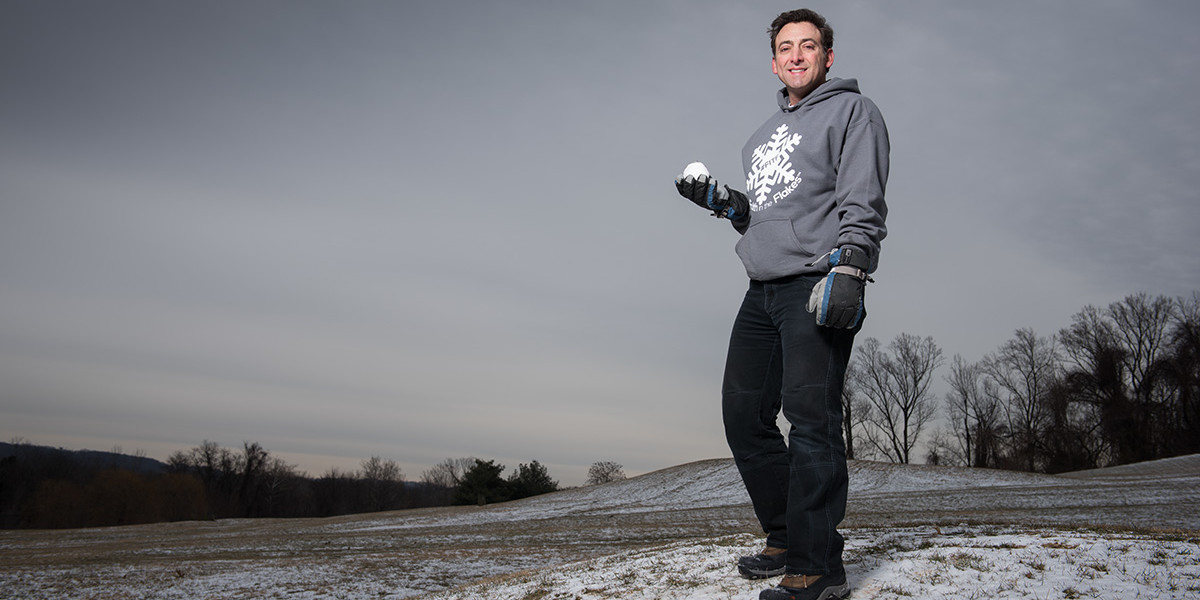 *Married to Shannon Berk (Physical Therapist and co-founder of Just In Power Kids).

*Father to two boys and step father to one ‘bonus’ daughter.

Degree in meteorology from Cornell University: Bachelor of Science, May 1995

Best Meteorologist In US

September 2013 from Parents Choice for

Kid Weather App (I made with my oldest son when he was 6 years old in 2012) was Approved by Parents Choice, a highly credited organization finding the best tools and toys for kids. *This is currently down for maintenance.

I started The Maryland Trek in 2014. It is 329 miles of hiking and biking across Maryland in 7 days. Starting on top of Wisp, the only ski resort in the state and finishing at the beach in Ocean City. This event has completed 8 years (in 2021) and raised over $475,000 for programs benefiting kids with cancer and their families with Just In Power Kids.

I married my best friend Shannon who has her own Physical Therapy practice and is my partner and other co-founder of Just In Power Kids.: A non-profit focused on providing FREE holistic care for kids in and post cancer treatment.

We enjoy the outdoors all year!

We have a cat and a dog with amazing personalities… who both also love the outdoors.

In 2006 I joined forces with my friend and former colleague Tony Pann and developed the first 1 hour talk show dedicated to the weather on WCBM am 680.

Weather is always a topic of conversation and we never ran out of topics to discuss. I was able to combine my music collection of weather lyrics as bumps and we had a forecasting contest we called the 7 Day Battle.  We donated money to charity based on our errors and matched by sponsors. This was also the catalyst to get me started in web site development and blogging.

I have a little obsession with snow (Faith-in-the-Flakes), but my love of weather extends to all seasons. My goal for this web site is a portal to all of my current work. There is a lot of stuff and all keep me busy and never bored.  I am very active in education, and the meteorological field outside of TV.  Working for awareness and assistance of kids in cancer treatment comes from personal experience. My community outreach with Wind for Change, Maryland Trek, and others has raised over $1,000,000 and still climbing.

In 2018 I shifted my fundraising focus to the non-profit Just In Power Kids  I launched with my wife Shannon.  So a piece of everything I do from FITF and Snowstix gear to school assemblies go towards those programs.  Social Media has allowed my post TV career to be bigger than broadcasting the traditional way.  Over 300,000 followers on large networks like Facebook, Twitter, Instagram, Pinterest, LinkedIn, etc. While blogging and updating the weather, I enjoy sharing great pictures interesting stories, and relevant news. Some of them will be scattered around this site.

Kid Weather App: One of proudest developments! I made this mobile app with my oldest son. It was his idea when he was years 6 old back in 2011, and the first project I worked on when I left my last TV station. It has been downloaded in over 60 counties and won a Parents Choice Award among others.

This is currently down for redevelopment.

My visits throughout the year focus on severe weather in Fall and Spring with Storm Smart. My winter program FITF runs from November through March.  Participating in the spirit wear shirts is a way for schools to get free programs AND raise money for their school. Over $30,000 has been giving back to Maryland Schools between the school years Fall 2015- Winter 2020 (pre-Covid).

See more and sign up to book a visit: STEM Weather Assemblies